Press enter to begin your search

IDIBELL encompasses the research activity of the Campus of Bellvitge being a dynamic health research institute in Spain with more than 1200 affiliated professionals working in the fields of basic, epidemiological, translational, clinical and health services research. Year 2016 can be defined as a year of change as it was 2014. Likely, the appointment of new interim General and Managing Directors in July had an impact. Also, other relevant developments occurred that kept changing our Institute. The deployment of the new research organization now structured into three Areas: Cancer, Neurosciences and Translational Medicine, with a total of 9 Research Programs were a necessary step towards a more harmonized development of the Institute that aims at improving human health. Every Research Program is composed of distinct research groups, each directed by group leaders that share a common technical framework or theme. Both single Principal Investigators (PI) and multiPI groups coexist within the Programs. The Research Program coordinators role will slowly but steadily transition from an advisory profile to a more strategic and executive one. In the next years and with the help of the External Scientific Advisory Board we will be eventually able to critically evaluate the impact of this new organization.

Also the year represented an important milestone in the landing of the Center of Regenerative Medicine in Barcelona (CMR[B]) to our Campus. Under the leadership of the Department of Health IDIBELL and CMR[B] signed a Memorandum of Understanding that aims to further promote synergies between both institutions and set up the foundation of the new Program for Advancing the Clinical Translation of Regenerative Medicine in Catalonia (P-CMR[C]). This program will be an effective agglutinating agents in the field of regenerative medicine in Catalonia and aims to catalyze the clinical translation of regenerative medicine strategies based on pluripotent stem cells in the Catalan Heath System. Also, the executive project of the CMR[B]- P-CMR[C] facilities in the Hospital Duran i Reynals was finished, the call for tenders opened and the project finally awarded by the end of the year. The new CMR[B] space will not only add new laboratory space but will provide a timely update of our Core Facilities, which will be available for all the Bellvitge Campus.

In the midst of these endeavors research carried out at IDIBELL continued to translate in a remarkable scientific productivity; as exemplified by the 1073 scientific publications (58% in Q1 and 25% in the D1), with a mean impact factor of 5.207 per article. IDIBELL continued its sustained effort in technology transfer and innovation that resulted in 19 signed R&D contracts, three active spin-off companies, 4 technology transfer agreements and 15 new international patent applications were filed. In the same year, clinical investigation did well with more than 800 ongoing clinical trials, 41 having started in this year.

Internationalization has been identified as a strategic objective for IDIBELL. IDIBELL has continued its longstanding track‐record in the participation and successful coordination of European and other international projects. Also, we kept accommodating international scientists of several nationalities holding permanent or temporary positions at the host institute.

Last, but not least, IDIBELL was able to make ends meet closing the year with modest gains representing a true positive change after facing significant struggles over the last years. This was only possible thanks to the tireless effort of all researchers seeking for funding combined with a number of internal measures aimed at optimizing the efficiency of our organization.

In all, IDIBELL finished 2016 in a good position that will make us able to face main current challenges: (i) a better promotion and execution of cutting-edge clinical and translational research; (ii) the attraction and retention of talented clinical and translational researchers; (iii) an even closer coordination with the Center of Regenerative Medicine of Barcelona; and (iv) to guarantee its economic sustainability based on the quality and commitment of the research community. 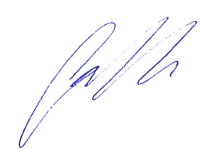